“She was a 55-year-old investment banker who couldn’t keep up with her spreadsheets and daily intellectual demands,” said Carmichael, co-director of the Eli and Edythe Broad Center of Regenerative Medicine and Stem Cell Research at UCLA. “As it turned out, she had vascular dementia. I found it just remarkable that there wasn’t anything we could do to help her get better. I’ve been studying the disease ever since.”

Unfortunately for patients, their families and clinicians like Carmichael, vascular dementia, and related diseases like Alzheimer’s and mixed dementia, have proven to be among the most intractable problems in medicine.

“To really get a handle on vascular dementia in humans is very demanding,” Carmichael said. “It requires an interdisciplinary team engaged in clinical contact with patients, brain tissue banking, sophisticated molecular biology, bioinformatics and an understanding of all the different cells and tissues within the brain.

“No one’s great at everything and the leading experts from the relevant fields aren’t commonly in the same room,” continued Carmichael, who is chair of the neurology department in the David Geffen School of Medicine at UCLA.

This team of all-star researchers had been brought together to discuss an opportunity catalyzed by a gift from philanthropists David and Diane Steffy to the UCLA Broad Stem Cell Research Center.

“We approached the center with our interest in advancing brain aging research with the goal of improving quality of life,” said David Steffy, a business executive. “The medical field has made great strides in extending lifespans but these additional years will be marred by suffering if the problems of Alzheimer’s and other dementias remain unsolved.”

Around the world, nearly 50 million people are living with Alzheimer’s and other forms of dementia. The World Health Organization predicts this number will balloon to 152 million by 2050. Despite billions of dollars spent on research in the last few decades, there is no cure for Alzheimer’s, nor is there even a treatment available that slows its progression.

Seizing this opportunity, the center’s leadership convened the aforementioned team of UCLA researchers and invited them to use their varied expertise, repositories of donated human brain tissue and cutting-edge technologies to try to answer some of the biggest questions about Alzheimer’s and other dementias. 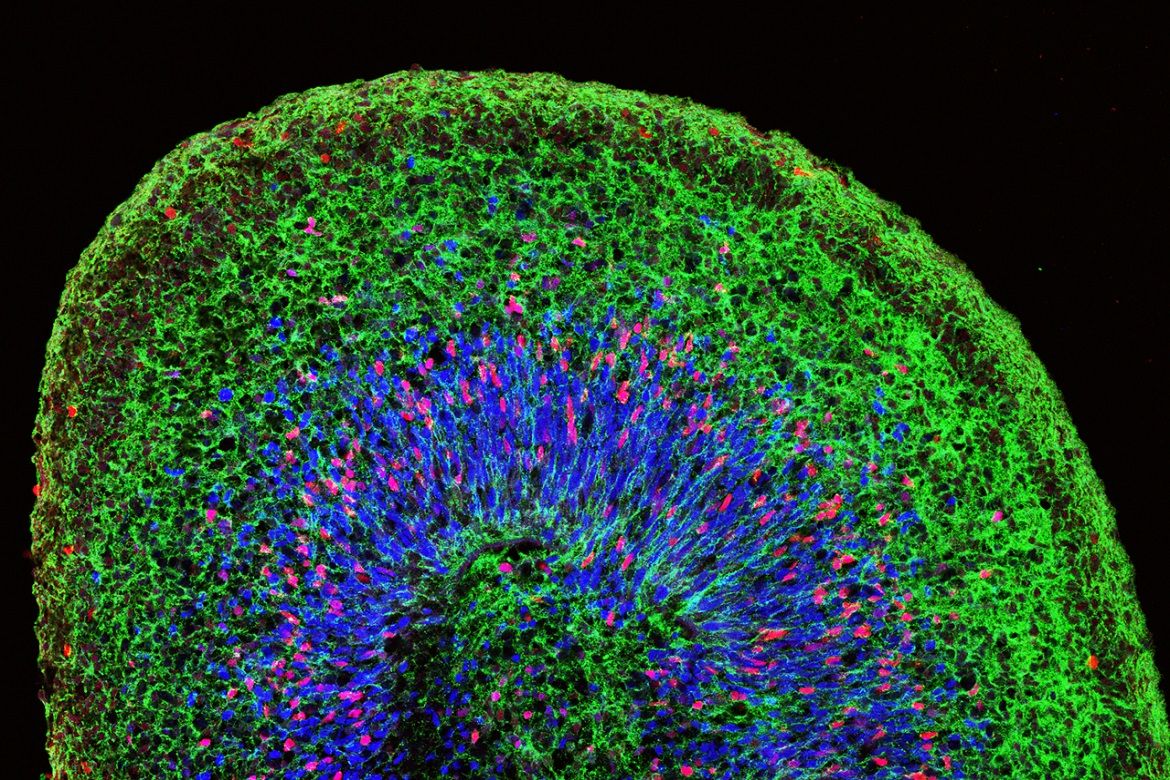 At the time, only Cobos — who spent much of her career amassing a sizable bank of healthy and diseased frozen human brain tissue — was studying Alzheimer’s specifically. Carmichael was studying vascular dementia, Novitch was growing mini brain organoids, which are simplified human brain tissue grown in a lab dish from stem cells, Iruela-Arispe was studying blood vessels and Lowry was examining how neurons are born.

“Once we all started talking, it became clear how all of these component parts could come together to approach these diseases in a new and different way,” said Lowry, a professor of molecular, cellular and developmental biology.

Together, the group developed a plan to identify the myriad cellular processes that maintain brain health and examine what drives brain degeneration and repair in this devastating group of diseases.

First, they would conduct single-cell studies of frozen diseased and healthy human brain tissue from Cobos’ repository to identify the genes and cells that play a role in aging, disease progression and repair. Next, they would utilize both mouse models and mini brain organoids to further examine those genes and cells and identify potential drug targets.

To date, the vast majority of Alzheimer’s research has focused on one hallmark of the disease: how the buildup of a protein fragment called beta-amyloid affects neurons. The focus on beta-amyloid’s effect on neurons largely ignores the disease processes seen in all other cell types of the brain.

“Alzheimer’s and other dementias affect neurons, glial cells, blood vessels and immune cells simultaneously,” Lowry said. “Studies that focus only on how these diseases affect one cell type to the exclusion of others miss how the brain as a whole experiences and responds to damage.”

Not only is this focus on one cell type too narrow, there is increasing recognition in the field that Alzheimer’s researchers need to expand their scope and work toward understanding the link between all forms of dementia. Most people diagnosed with Alzheimer’s have a mixture of brain abnormalities.

“Most clinical dementia — like when your grandmother can’t remember where her keys are or where she parked her car — is now recognized to be mixed dementia,” Carmichael said. “Mixed dementia occurs when there is a component of Alzheimer’s on top of vascular dementia.”

Vascular dementia is caused by the accumulation of small strokes in the connecting areas of the brain, termed the “white matter.” Because these strokes occur in parts of the brain that do not control any vital functions, they typically don’t cause immediate noticeable effects. Instead, damage resulting from these repeated strokes accumulates over time, restricting blood flow to a larger area and causing noticeable neurological impairments.

Efforts to understand vascular dementia using animal models have been hindered by the fact that it is a uniquely human disease. White matter accounts for 55% of the human brain and just 7% of the mouse brain — making it difficult to replicate the effects of white matter strokes in the laboratory. 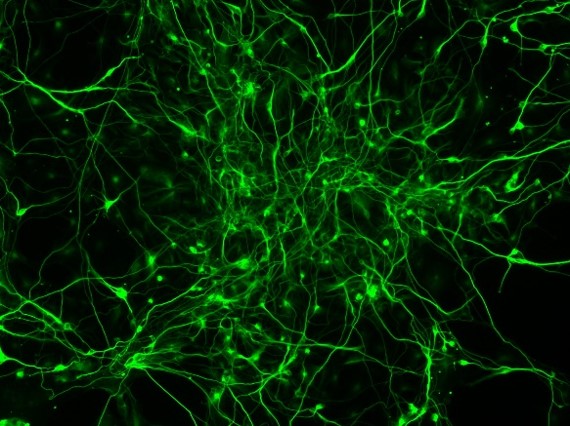 “Vascular dementia is a disease that needs to be studied first and foremost in humans, which hasn’t historically been easy to do,” Carmichael said. “With this group’s resources and mastery of the latest technologies, we’re able to root our studies in human tissue.”

The Broad Stem Cell Research Center team is leveraging each scientist’s expertise and avoiding two of the key pitfalls of past Alzheimer’s and dementia research. The group’s studies are beginning in healthy and diseased human (rather than mouse) brain tissue and they are utilizing (and in some cases developing) technologies to study the effects of Alzheimer’s and dementia on all of the cell types found in the brain.

“Our study is not just examining how a dementia brain is different from a healthy brain, but how every one of the different cell types in the brain is affected by this disease, which is a huge distinction,” Lowry said. “With our combined expertise and enthusiasm, a lot of things would have to go wrong for us to not learn a whole lot about dementias.”

Though careful to caution that the project is at an early stage, Lowry is optimistic that the group’s open collaboration, cutting-edge technologies and human-tissue first approach will yield findings that will advance the field.

“We all have someone in our lives who has been affected by these diseases and we’re so grateful the Steffys’ gift brought us together to work on this problem,” Lowry said. “If not for their forward-thinking philanthropy, this group never would’ve come together in the way it did.”